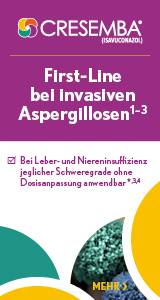 as part of a multidisciplinary approach of locally advanced lung cancer (1).

Recent advances in Cyberknife© technology, which is a robotic system of stereotactic

irradiation including localisation and real time lesion-tracking, has led to an increase in

accuracy and potentially in efficiency of the irradiation of tumor field (2)(3). According to

several studies, promising results in local control and survival rates have been achieved in

of mass) guiding the Cyberknife for tumor localization.

Few studies are currently available in the litterature comparing these modalities (19)(20).

technique is associated with a high risk of pneumothorax (9).

endpoints such as fiducial marker migration after placement, complications rates and

- Early stage lung cancer: patients diagnosed with stage I for which operation is

contra-indicated, for example because of cardiac or pulmonary comorbidities.

- Absence of a signed consent form

1. Fiducial implantation evaluation by operator (Time Frame - Immediately post-implantation):
Assessment of technical feasibility of implantation of at least three fiducial markers around the lung tumor in both techniques

3. Procedure time (Time Frame - Immediately after the procedure):
Procedure time required for the implantation of three markers around the lung tumor in both techniques